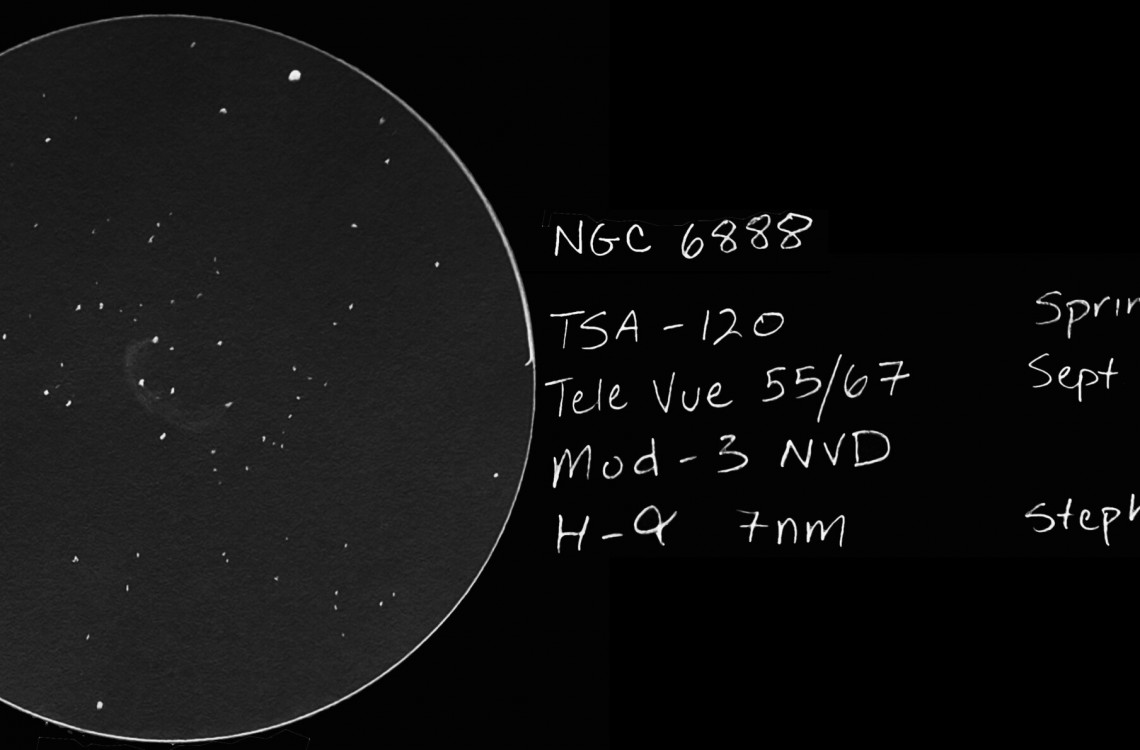 Sketching the view seen through a telescope eyepiece has a long history going back to the earliest use of telescopes to observe the heavens, most famously with the sketches and notes taken by Galileo beginning around 1609.

Sketching while observing is still popular despite the common use of cameras and cell phones to capture the scene in the eyepiece. Drawing has the effect of making one really look at the object, you can try this with any common scene around you: sketch a tree leaf, cats nose or the back of your hand entirely from memory, then try again while looking at the leaf, cat or hand and often you will see for the first time fine details you never considered.  Another benefit of sketching is that you create a record of the object as it presented that night along with seeing. This allows you to compare current and past observations, perhaps under different conditions or with different equipment.

An illustration of the Moon from Sidereus Nuncius, published in Venice, 1610 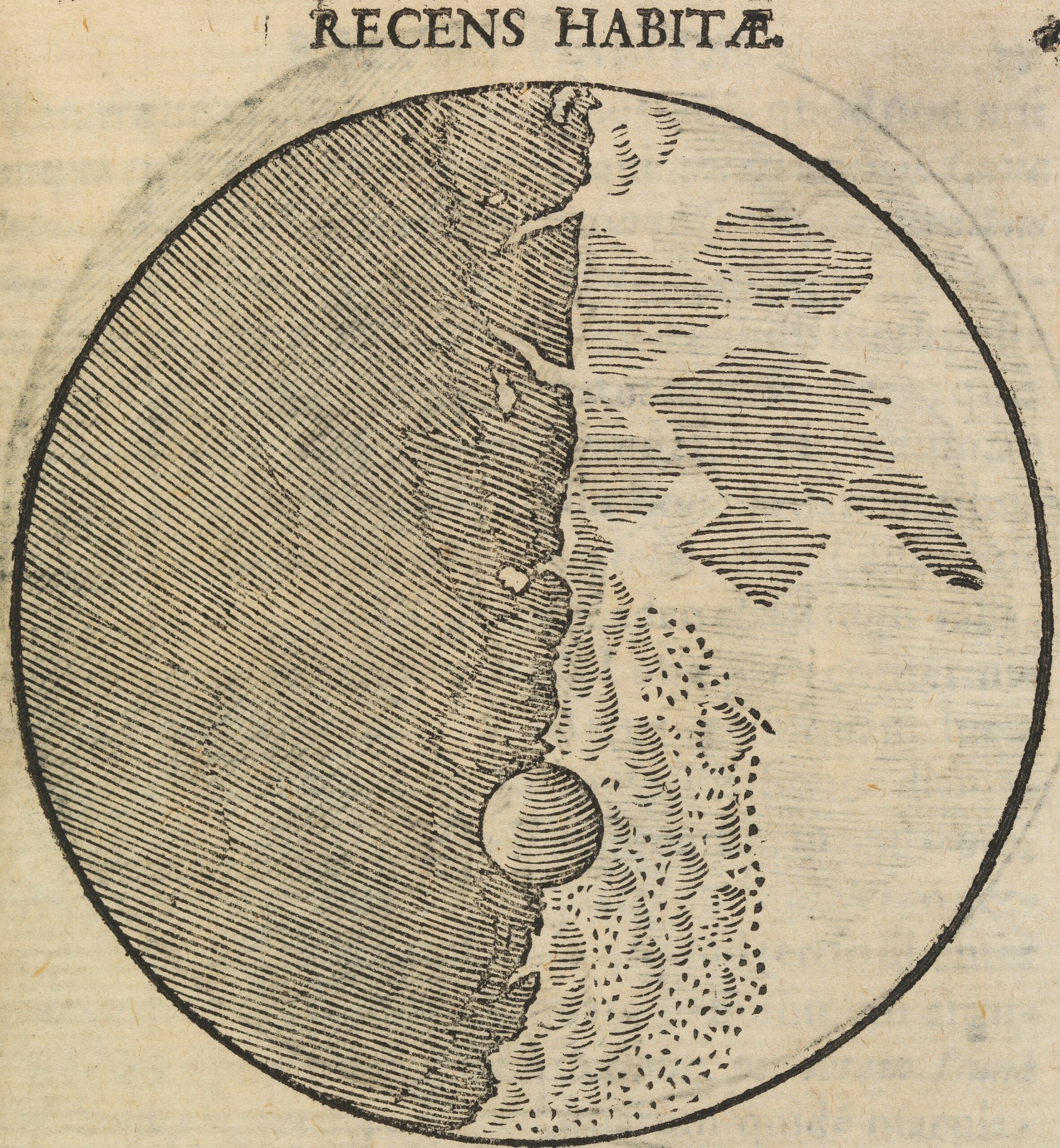 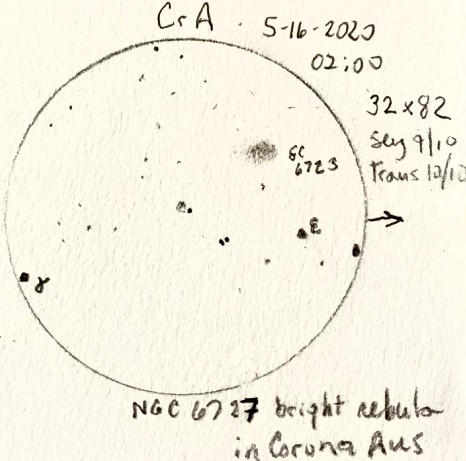 Drawn around 9:30 PM on 24 Sept. 2021.
Scope: Stellarvue SVX130T APO. Magnification: 228x using a Televue Zoom eyepiece at 4mm.
Seeing was around 5-7.
Faint belt just north of the SEB was marginal, but it is seen in ALPO-Japan images and is therefore real. Spots in the SEB were quite faint but black spots just north of the NEB were obvious. The Red Spot Hollow was easy, but the STB and south polar region were hazy and faint. The NEB was colorful and quite dark, and the Red Spot was reddish. The NTB and NNTB were obvious.
Jupiter disk outline from the British Astronomical Association report form. 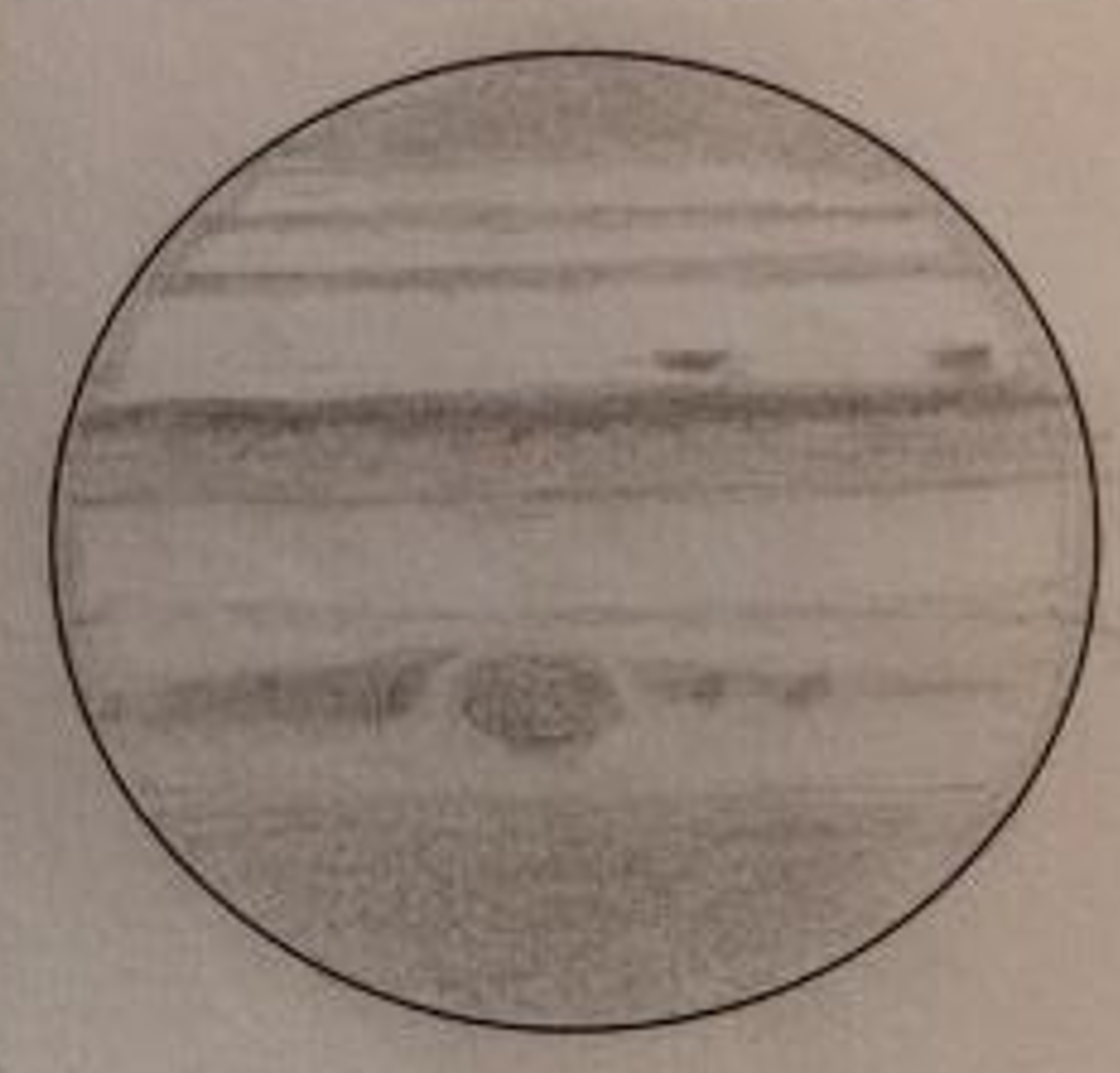 This sketch is different in that it was done while using an aggressive filter to block light pollution and a night vision device to boost the brightness enough to be visible in the eyepiece. In this case a filter such as a H-alpha, 642/685-IR bandpass was used and the small amount of light that makes it through the filter is enhanced with a Gen III night vision monocular from TNVC. This technique allows for visual observing of faint objects even in light polluted areas.

As far as I know, we are just a small niche of amateur astronomers, but we are slowly growing. Most of the people who use night vision I have spoken with prefer visual observing over imaging but have a hard time regularly getting to dark skies. We used to be grouped in with EAA, but unlike EAA it is a 100% real time experience at the eyepiece. 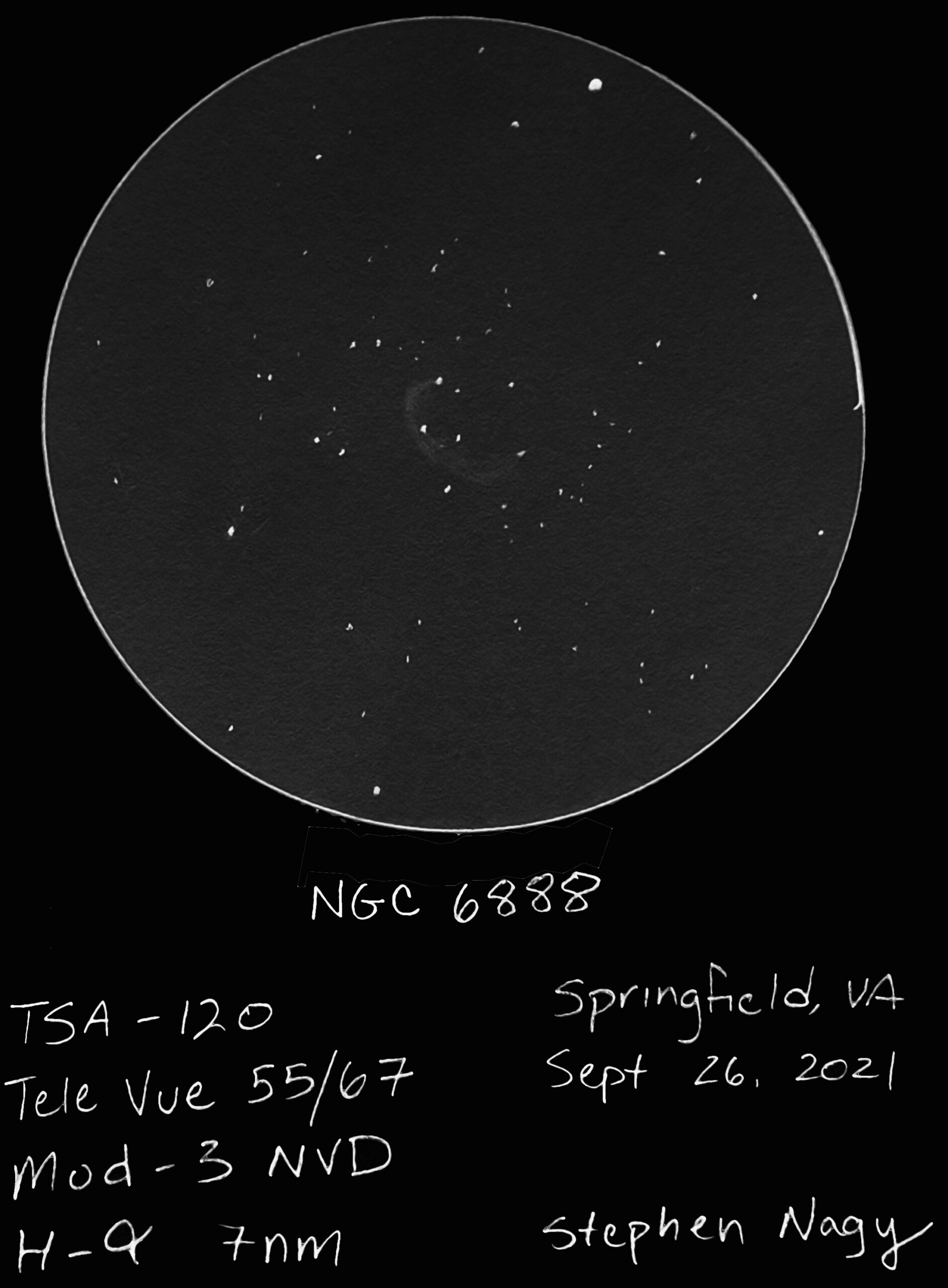 Here are there Mars sketches– two from 2005 done through my homemade 16″ Dob ‘Natasha’ and one from 2020 done with a 115mm refractor.
I am a sprint sketcher– I find looking for 5 minutes, then sketching the FOV quadrant by quadrant for another 5 minutes or so gives me the best output, in part because the seeing is likely to change if you try to work one image longer and in part because my eyes will get tired.  After my observing session is done I will sometimes come into the house and boot up an astronomy program to show a contemporaneous image of Mars (less any ephemeral stuff like limb brightening or haze) so I can compare how I did on capturing major surface features. Two of these sketches feature such ‘after action comparison images’– I consciously don’t look at such programs before observing to avoid ‘averted imagination’ vision. 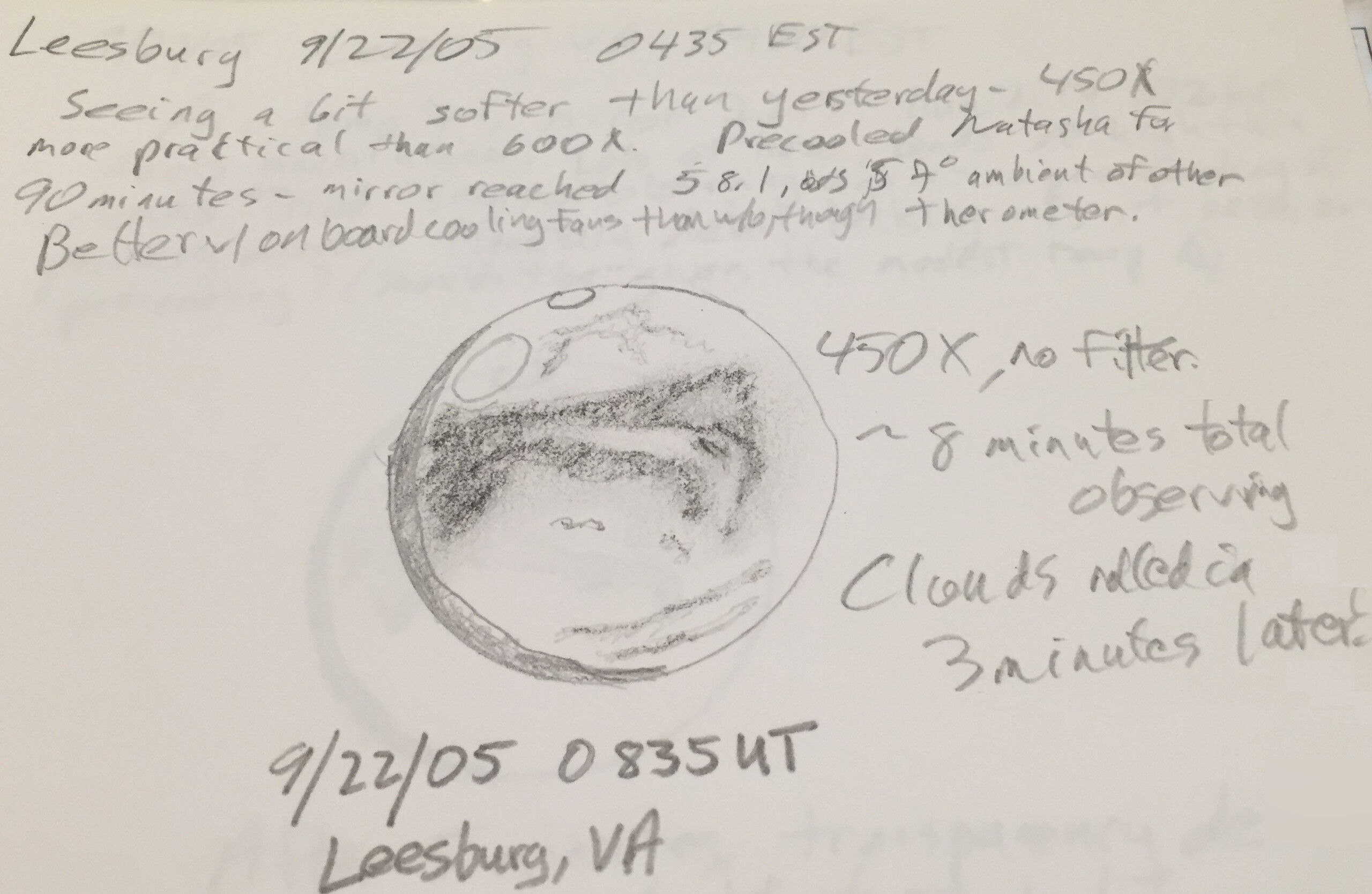 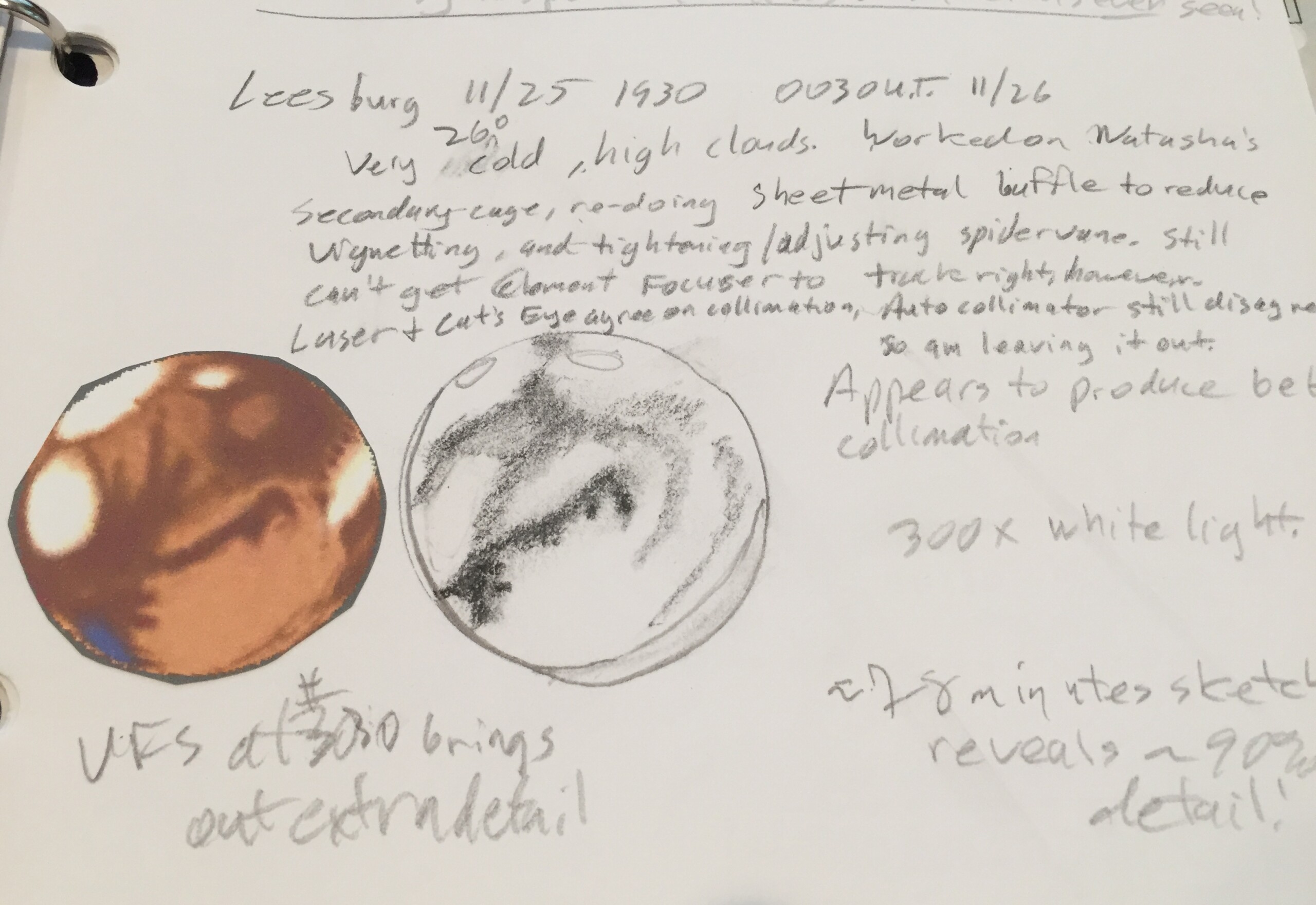