Introduction
What is Omega Centauri? It is a globular cluster located in the southern constellation Centaurus. It is the brightest globular , but not easy to see in Virginia due to its low elevation. With proper timing Omega can be viewed given good transparency.
https://en.wikipedia.org/wiki/Omega_Centauri
Observation
This morning the skies were finally clear again. It was cool and breezy with no frost. I went out around 5:30 AM. There is a fortunate gap in the trees to the south. Using finder stars Spica, Theta and Iota Centauri, I was able see Omega using Fujinon 10×50 binoculars. It’s big, bright, slightly grainy and framed by four 6th magnitude stars, two east and two west. The visibility of these stars indicate good transparency. Normally Omega is only visible as a faint hazy patch in a blank sky.
Preparation and planning.
To determine if Omega is visible from your site, we first need to go back in time five hours and look for Gamma Velorum.
https://en.wikipedia.org/wiki/Gamma_Velorum 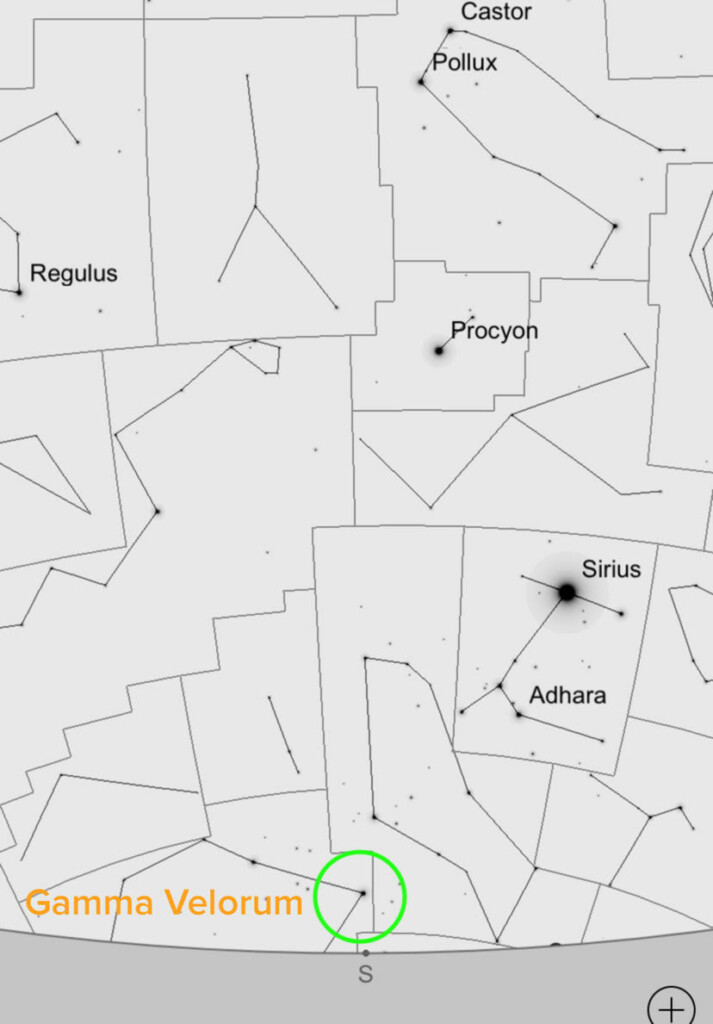 To the naked eye this is a sky where Castor, Pollux, and Procyon are in the meridian. Far to the south just above the horizon a bright star should be visible. This is Gamma Velorum. Let’s get into some details:
Star / Right Ascension
Castor 7 hr 36’
Pollux 7 hr 46’
Procyon 7 hr 40’
Gamma Velorum 8hr 10’
From this we know the window to spot Gamma Vel starts when Castor is transiting, and the best time is 30 minutes after Procyon. Depending on the local horizon, a far south target may only be visible east or west of due south.
Gamma Vel is at declination -47° 24’ and its maximum altitude is only 5°. It’s very bright at second magnitude and an easy triple for small instruments. The main takeaway is this: if Gamma Velorum is visible, Omega Centauri will be in same spot five hours later. The numbers will explain:
Gamma Velorum RA 8 hr 10’ Declination -47° 24’
Omega Centauri RA 13 hr 28’ Declination-47° 35’
The declination in degrees tells us that both targets will have the same elevation above the horizon.
Locating Omega Centauri
To the naked eye we are looking for Mizar in the Big Dipper to be on the meridian, or directly above Polaris. Spica will also be transiting. Due south the bright stars Theta and Iota Centauri will be parallel to the horizon. From Theta look west nine degrees to Iota, then due south 10 degrees to Omega.
About 7 degree south of Iota is the Plow Asterism visible in binoculars. If you can see the Plow, there’s hope for Omega.
Star / Right Ascension
Mizar 13 hr 24 minutes
Spica 13 hr 26 min
Iota Cen 13 hr 21 min
Omega Cen 13 hr 28 min
Theta Cen 14 hr 08 min
Once Theta Cen is past meridian, it’s probably too late to see Omega. The window is small. The southern US has a much better view, and the northern states none at all. Here in Virginia we are lucky to have a a good chance. A good southern horizon and proper timing are key. 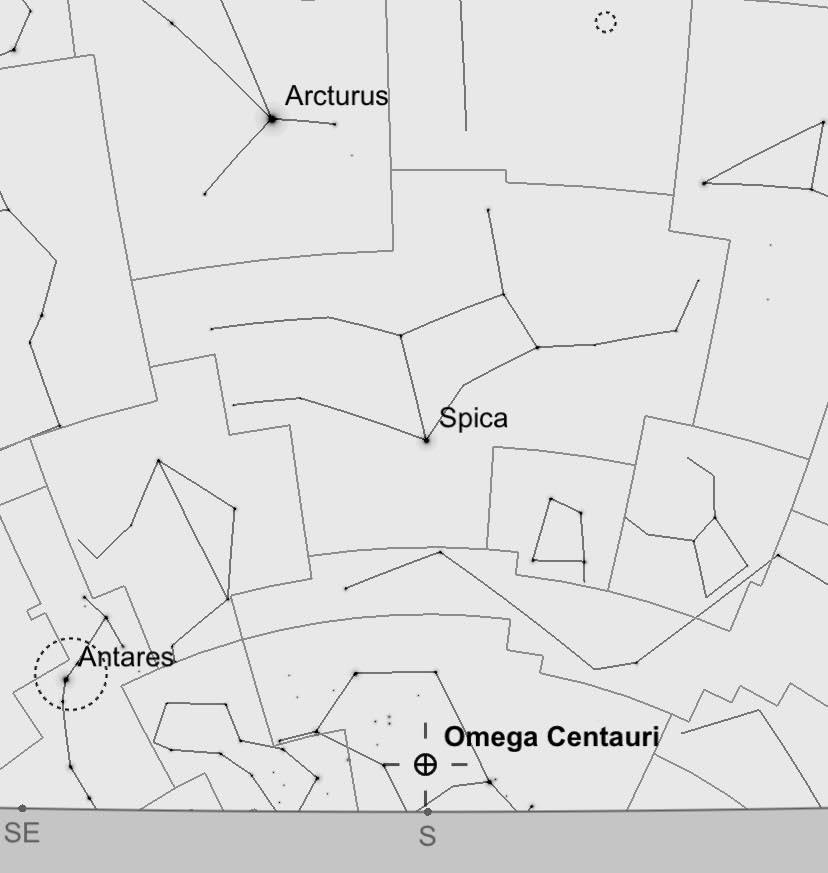 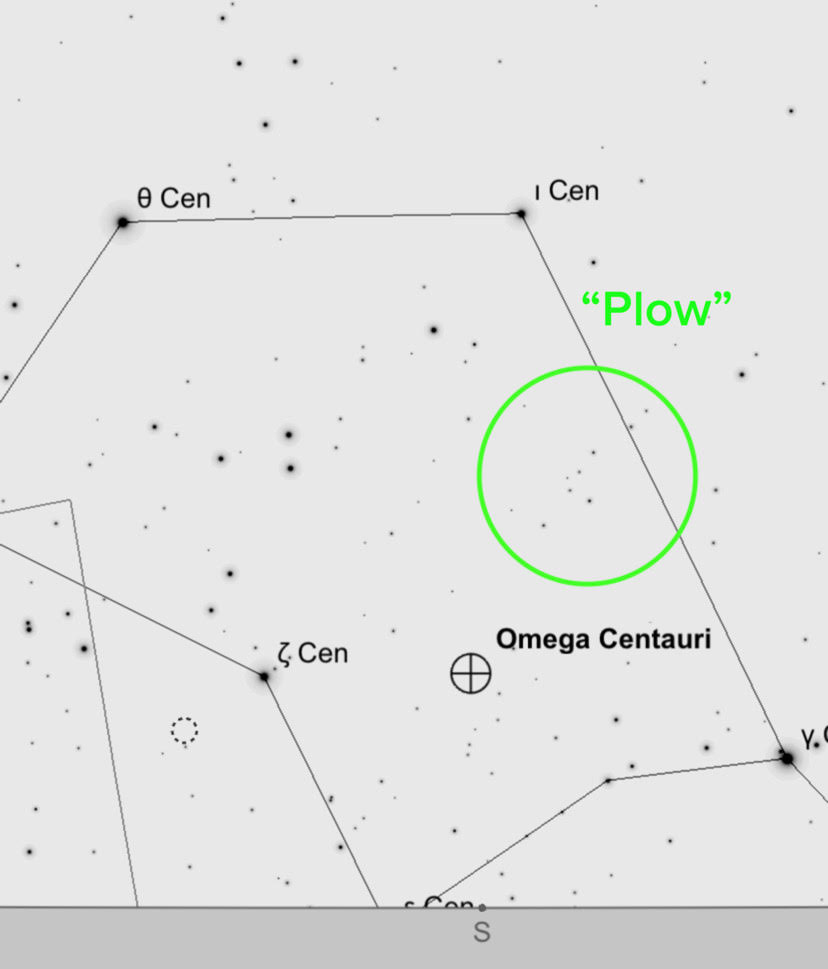